If you have a uterus, it’s likely you’ve gotten advice at some point a 28-day menstrual cycle is “standard” or even “healthy.”

If you have a uterus, it’s likely you’ve gotten advice at some point a 28-day menstrual cycle is “standard” or even “healthy.”

But it turns out that assumption isn’t accurate for most.

A recent study published in npj Digital MedicineTrusted Source found that only 13 percent of cycles are 28 days in length. The average cycle is 29.3 days long.

Researchers at University College London teamed up with a contraceptive app called Natural Cycles to analyze more than 600,000 menstrual cycles of more than 120,000 anonymous app users based in the United States, United Kingdom, and Sweden.

Nearly 65 percent of participants had cycles that lasted between 25 and 30 days.

It’s not only common for healthy menstrual cycles to vary from person to person, but also from month to month, according to reproductive endocrinologist Dr. Aimee Eyvazzadeh.

“I’ve had patients come to me worried and anxious about their menstrual cycles because they think their cycles are irregular when they really aren’t. It’s quite normal to have a cycle that is, for example, 27 days one cycle and 30 days the next.”

“Women can get very anxious about something being wrong, or a feeling that they’re different or weird if they don’t have ‘perfect’ 28-day cycles. I think it’s important to understand that there’s a wide variety of normal. Women shouldn’t be too concerned about being ‘perfect,’” Gecsi told Healthline.

While the study’s co-author, Professor Joyce Harper, PhD, heralded the study for providing new insight into the key stages of women’s cycles, Eyvazzadeh says that menstrual cycles are actually quite well understood by OB-GYNs.

But Eyvazzadeh agrees that the general public doesn’t have a solid understanding of cycles, and hopes that this study can bring attention to the issue.

The 28-day ‘healthy’ cycle assumption sets women up for worry

With much of the current generic fertility advice based on the inaccurate assumption that a 28-day cycle is standard and healthy, women are set up to worry unnecessarily, according to Eyvazzadeh.

Since ovulation, which takes place halfway through a cycle, is so important for pregnancy, concerns can often stem from struggling to conceive.

After getting married, Kim Arseneault went off birth control and started trying for her first child with her husband. Four months passed, and Kim hadn’t gotten pregnant.

“I felt like something was wrong with me. Like I waited too long [to try to get pregnant] and it could be too late,” Arseneault shared with Healthline.

But after tracking her ovulation closely, it turns out the myth of the 28-day cycle was to blame. “I thought everyone, including myself, had a 28-day cycle and I was surprised to find out mine was actually 32 days,” Arseneault told us.

She says the assumption that she was ovulating based on a 28-day cycle not only caused feelings of self-doubt, but meant a slightly longer road to pregnancy.

Understanding variability of women’s cycles can help them in many ways, whether they’re trying to get pregnant or not.

Alyse Gray started tracking her cycle because of a diagnosis of premenstrual dysphoric disorder (PMDD), which causes severe pre-menstrual depression and anxiety. Gray described feeling like she was on “an unpredictable emotion roller coaster,” before understanding her cycle.

“Now that I know it’s just my biology, I can better predict and control my emotions,” Gray shared. “On day 14 of the cycle, I start taking Prozac, per the prescription, so I need to be in the know.”

She’s also able to take control by scheduling certain events during the 2 weeks following her period. “I know that I’ll generally be in a better mood, more creative, and less forgetful during those weeks,” Gray explained.

Additional education around normal changes in cycle length and how women’s cycles change as they get older can help women understand if variations are something that they should be seeking medical attention for or not. 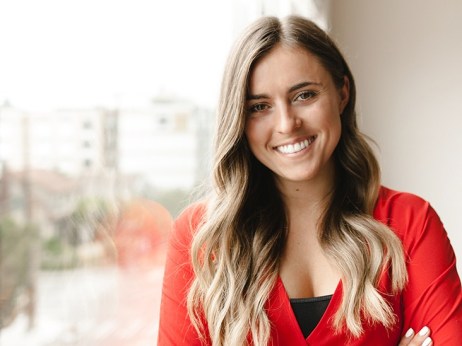 If you have a uterus, it’s likely you’ve gotten advice at some point a 28-day menstrual cycle is “standard” or even “healthy.”
More Read